Send In The Herd! A Primer on Solar Grazing 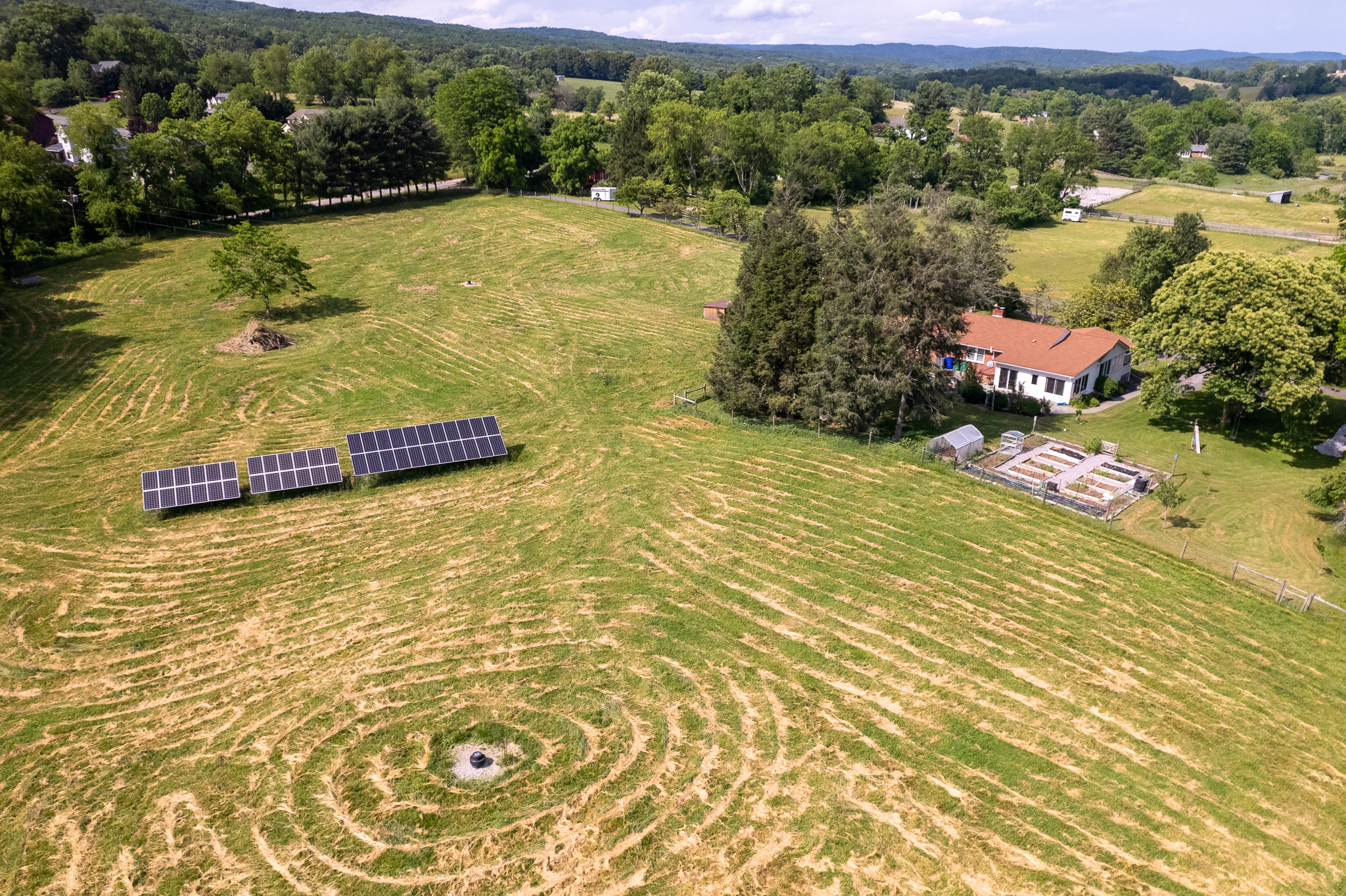 The cutest option for mowing around ground-mounted solar arrays has four legs and a big wooly coat.

When gas prices spiked in April of 2022, Ely Valdez wasn’t sweating it. Valdez, who owns Eva Ranch, calls himself a “photo-grazer.” His business is maintaining the grass around solar arrays. If he mainly used lawn mowers to keep vegetation cut back, high gas prices would be a burden. But Valdez mostly uses lamb-mowers to keep grass under control. With a herd of 1,500 sheep, he can mow acres and acres of pasture without firing up a single gas engine.

“Solar farms and sheep are a perfect combination,” he says, adding that the fields of grass shaded by panels are: “heaven for sheep and it’s a great way to maintain the vegetation.” Plus: One piece of land can provide renewable power for our homes plus wool and pasture-raised meat—all while the soil beneath the panels works to sequester carbon.

According to a 2021 paper from Ohio State University, the U.S. is projected to add 80 gigawatts of solar capacity nationwide by 2025. The panels needed to produce 80 gigawatts would take up more than half a million acres. That land needs to be sunny—so it can be tempting for farmers to convert existing cropland. But: That land doesn’t have to be diverted from agricultural use. While many crops—like corn and wheat—can’t grow in the shade of solar panels, grasses and clovers can. Mixing grazing with solar energy production allows farms to keep acreage in food production while also adding solar energy to their list of crops.

Here’s the hitch, though: Solar grazing doesn’t work with just any animal. Cows are too big to be trusted around the arrays. Goats love to climb and jump, making them too rambunctious to be a good fit. Sheep, however, find chewing their cud in the shade panels provide to be pure bliss, and they’re small enough to not cause damage to panels.

Still: Like any animal management situation, solar grazing isn’t a set-it-and-forget it operation. If sheep graze the area down to dirt, they’ll start looking for other things to chew on—which can result in them chewing wires, says Eddie Gibson, Baseline Solar’s longtime service manager. That can result in disaster for the critters and your solar array.

If you think solar grazing is in your future, it’s worth taking the time to think about how best to design your solar farm so that sheep may safely graze it, says Gibson. That means encasing wires in metal housing to prevent chewing, and making sure the leading edge of the panel—which moves to follow the sun throughout the day—is high enough that it won’t harm the animals in its lowest position. It also means fencing off any delicate equipment. Sheep aren’t terribly destructive, but they can be curious—and that leads to issues. “It really helps if you can think like a sheep,” says Gibson about planning the perfect solar grazing setup.

One thing that Gibson particularly likes about having sheep out among solar arrays is that shepherds tending the flock often catch issues with the panels. If a panel isn’t rotating as it should, having an animal caretaker who pops by once or twice a day means the issue gets resolved much faster. Sure, shepherds generally are not solar experts, but most can tell when something is off, he says.

Valdez manages sites all around San Antonio, Texas, with arrays varying in size from 100 acres to 1,000 acres. While he’s in Texas, he says solar grazing can work anywhere the sun shines. Solar grazing isn’t just for giant, sprawling solar farms, either. Sheep can nibble around small arrays—even backyard homestead solar setups. It’s also a great option for shepherds like Valdez who have more sheep than they have land. Valdez actually makes money by sending his sheep out to someone else’s salad bar, allowing him to grow his operation without taking on the additional expense of renting or buying land. He’s not sheepish about saying that truly, for both him and his customers, his business is a win-win.

For more info about solar grazing, contact the American Solar Grazing Association or give us a call to learn more!