These Farmers Understand The Power Of The Sun: Weathertop Farm 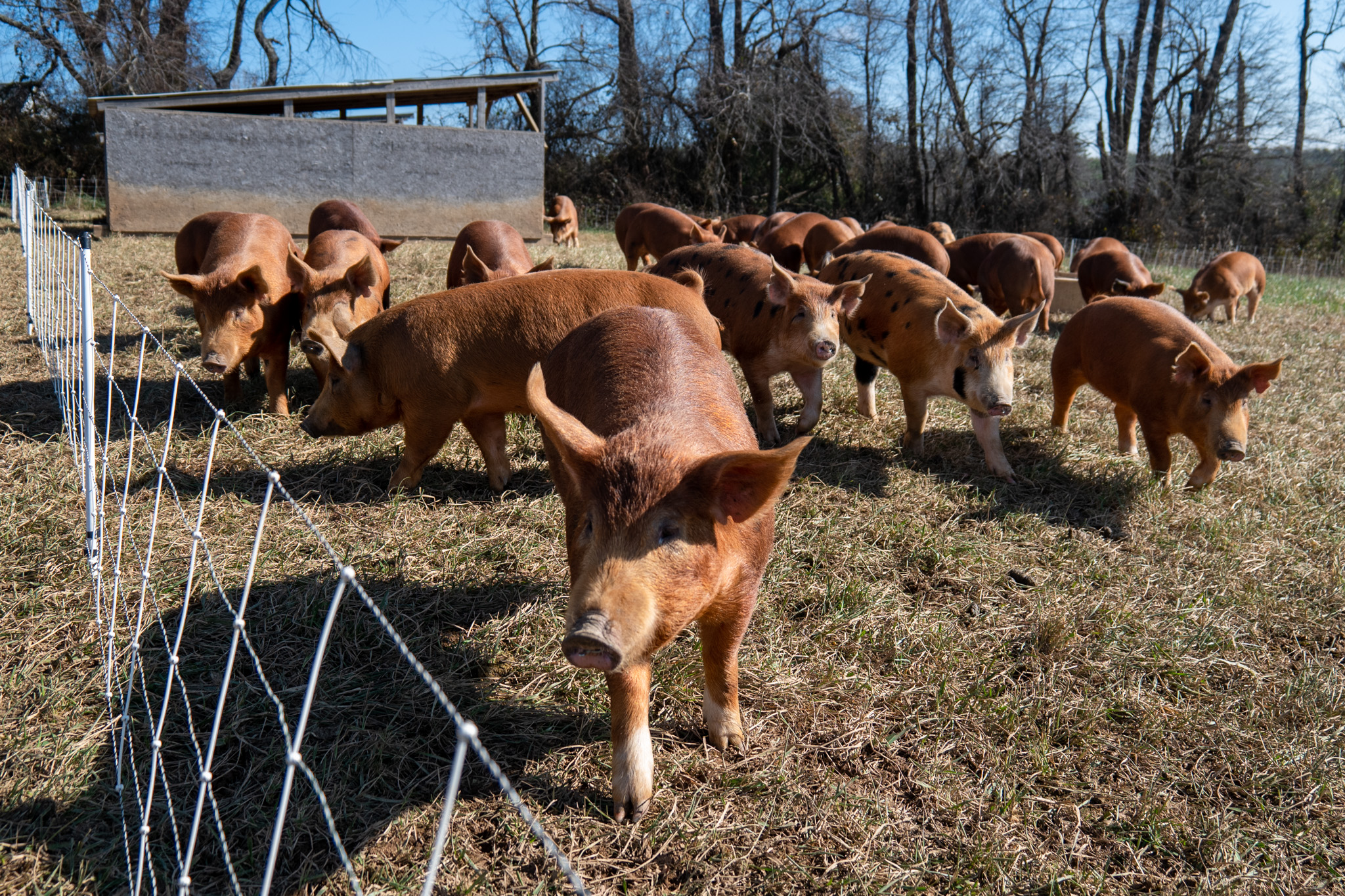 When visitors tour Weathertop Farm, Cedric and Sarah Shannon love explaining how their pastures are the best solar panels on the planet. “They’re just soaking up the sun’s energy, converting it into biomass,” Cedric says. Then, the farm’s livestock—including sheep, cattle, pigs and chickens—turn that biomass—i.e. grass—into food. “So, in a sense, we have always thought in a way that was very solar-related,” he says.

Now, Weathertop Farm in Check, Virginia, is adding another type of solar power to its operation. This time it’s in the form of solar arrays: one on their farmhouse, and the other atop a multi-purpose barn which houses 30 chest freezers, a walk-in cooler, and an egg-washing station.

Cedric and Sarah have been building their business a little at a time since 2003. Ten years ago, when they built their farmhouse, Cedric and Sarah designed it to use passive solar—meaning the largest windows all face south and capture as much heat and light as possible. In hopes of adding solar panels someday, they built their south-facing roof with an unobstructed view of the sun.

But the addition of solar panels remained stubbornly in the future as the couple poured their time, effort, and money into growing the farm.

“We always thought going solar would not be affordable,” says Sarah.

After her brother installed solar panels on his home a few years ago, Sarah decided to run the numbers again. When she and Cedric realized they could finance the array for about as much as their monthly electric bill, and take advantage of a tax credit, they doubled-down on what they already knew to be true: that the sun is an incredibly powerful tool.

The Shannons’ arrays were installed the week before Thanksgiving. As farm customers arrived to pick up their turkeys, the arrays were on full display. “They’re very visible,” both to visitors on the farm and to those simply driving by, says Sarah. While that’s mainly due to the layout of the property, it’s also a good reminder for customers that Sarah and Cedric want to be the best possible stewards of their patch of Earth. Not only were the turkeys their customers were taking home raised on the giant, carbon-sequestering solar panels that are the farms’ pastures, but they were kept cool by solar energy, too.

Weathertop’s solar arrays are tied to the grid, so they can still draw power on cloudy days. That was a must, considering how vital it is to keep their coolers and freezers running. But on sunny days, the farm’s two arrays should meet or exceed their energy needs, making Weathertop Farm an even bigger leader in moving American agriculture towards a more sustainable future. If you would like to learn more about their array or get started planning a solar project for your home or business, get in touch with us today!